The square was built between 1656 and 1667 by Gian Lorenzo Bernini. At its center stands the Vatican obelisk brought to Rome by Caligula to adorn the Circus of Nero, where St. Peter was killed. The wings of the colonnade are formed by 248 columns and topped by 140 statues. 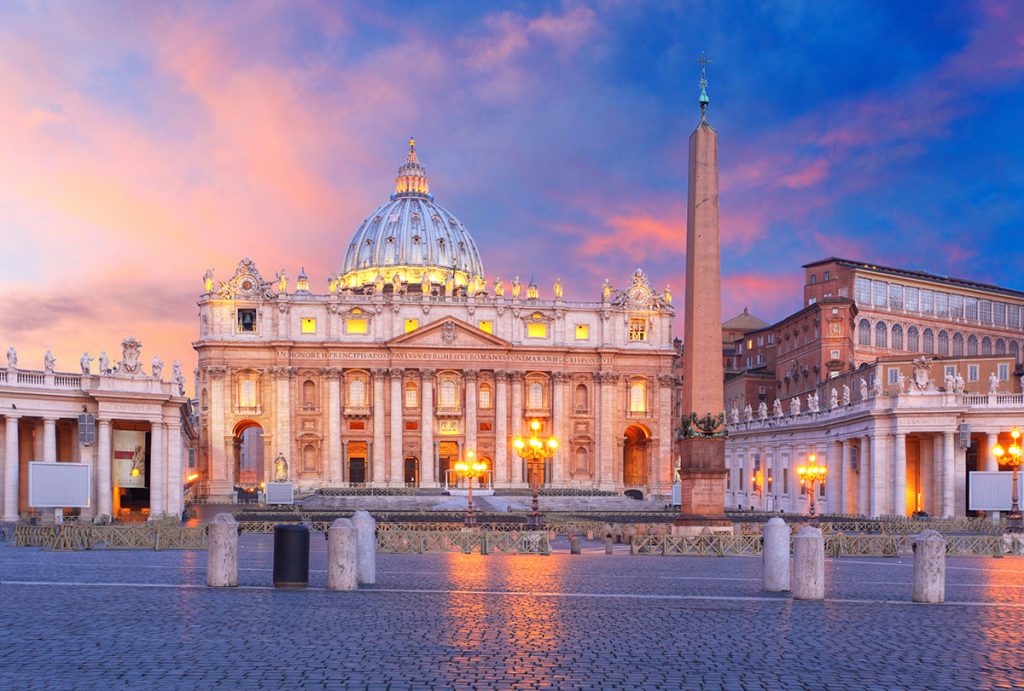