Imperial Fora consist of a series of monumental building made by the emperors in ancient Rome in a period of about a century and a half (between 46 BC and 113 AD). Among the great emperors who brought fame with their works at the Fora include Julius Caesar (who decided to build a large square in his name), Octavian (who built a temple in honor of Mars Ultor after the battle of Philippi) and Vespasian (who built the Temple of Peace).

It was also because of its timeless appeal that Fascism then decided to open Via dell’Impero along the archeological area (the current route of the Via dei Fori Imperiali), joining Piazza Venezia with the Colosseum. The road, straight running, would be used for military parades, and still held there for the parade of the Italian Republic Day June 2. 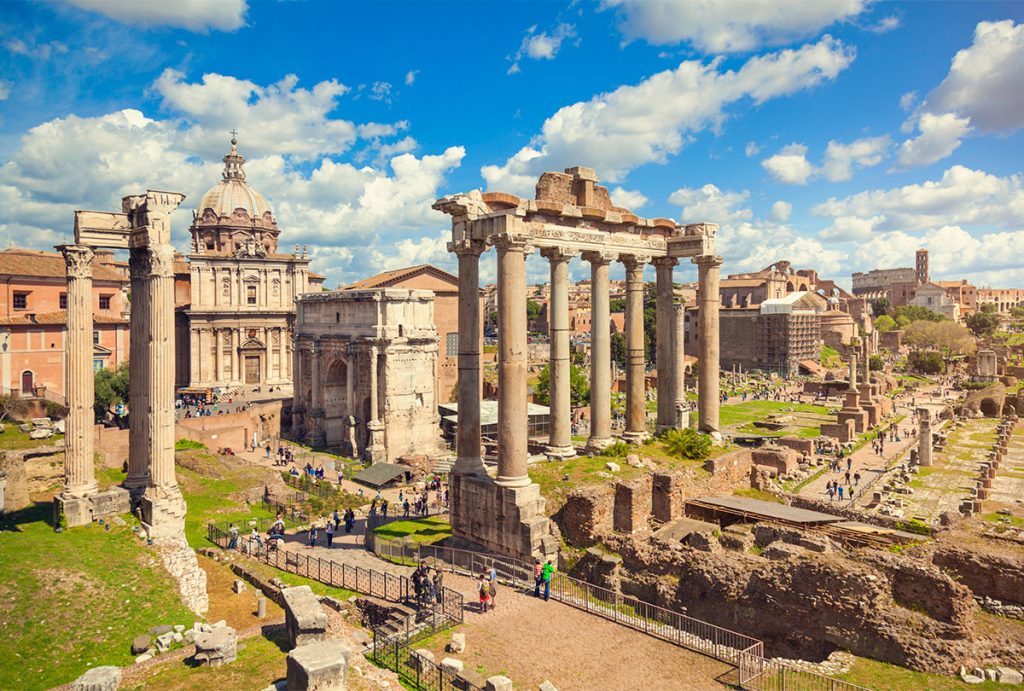