The Villa Doria Pamphili, with its 184 hectares of extension, is one of the largest and most important parks in the city of Rome.
It originates from the country estate of a Roman noble family. It is also the official representative office of the Italian government. It is located west of the historic center. Nearby are the Trastevere district (approx. 1 km to the east), the Vatican City (approx. 1 km to the north) and the Villa Farnesina (approx. 1 km to the north-east).
It is bordered to the north by the ancient Via Aurelia and is crossed in the center by Via Leone XIII. Designed by the sculptor Alessandro Algardi and the painter Giovanni Francesco Grimaldi at the beginning of the seventeenth century, it is one of the best preserved villas in the city. In 1960 it was divided into two distinct parts for the opening of the Via Olimpica, on the occasion of the Games of the XVII Olympiad. Currently Villa Pamphili is divided into three areas: the palace and gardens (pars urbano), the pine forest (pars fructuaria), and the agricultural estate (pars rustica). Thanks to the Rome Metro Battistini stop, it is possible to reach easily and in a short time every point of the Eternal City. 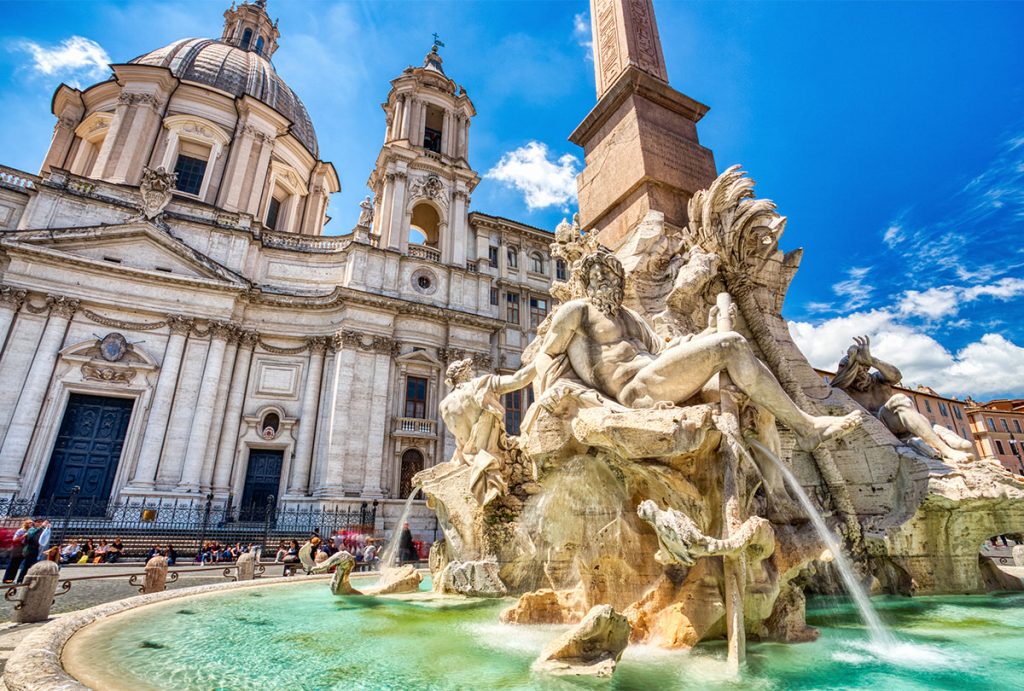